How do you describe NYC in one word? Maybe vibrant, speedy, aggressive, stylish or modern? Overall, I think for a first timer, NYC can only be described in one word – overwhelming! There is a quick pace to NYC and at seems as though everyone is walking with a purpose. There’s also so much to see that it’s often hard to fit everything into one trip. My advice is that you see NYC in pieces. Start with the touristy stuff and expand from there to the little neighborhoods on each trip!

For all you first timers, I’ve made you a handy little map to get you through your first trip to NYC! It’s a collection of what I saw on my first few trips to NYC (some for fun, some for business). Here are some of my unique finds:

Travelers Tip: Make sure to sign up/follow NYC Food Gals! Their Instagram Site (@nycfoodgals) showcases yummy meals from all over the city!!

Have you been to NYC?? What are some of your favorite spots?? Make sure to leave comments in the field below!

I never thought I would reference a song by Mary-Kate and Ashley Olsen in my travel blog, but it’s essential to describing the sometimes strange, but absolutely amazing relationship I have with my big sister. I get the feeling that most of you may need a refresher on this song, so click HERE and you can thank me later.

Let me start by saying that my sister and I are not twins. As I’ve said many many times, “We are TWO different people!” We look similar…and we talk the same (sometimes), but that’s only because we come from the SAME PARENTS! Duh!! No matter how many times I explain this, people can’t help but point out all the features that we share. Drives me a bit batty (can you tell?), so we started singing this song to each other to try and just laugh about the situation. Truth is…I love her to pieces…even though I’m definitely, for sure, without a doubt, the cute one!

In 2009, one of us came up with the brilliant idea to travel to New York City together. Why? It was simple, we had never been and thought it was ridiculous that two well educated, young (and cute) ladies had never been to the Big Apple. Since we live in Chicago, a big city is nothing new, but this big city had so many amazing sights that we couldn’t wait to book a flight and pack our bags. We did just that and jam-packed one weekend in August with everything that New York City had to offer. Broadway, Rockefeller Center, Central Park, Grand Central Station, Serendipity, NY Public Library, Ellis Island and about a million other things! It was a whirlwind trip, but I think to our surprise, we made it without absolutely killing each other!! Since that trip, we’ve started our annual ‘Sisters Trips’ and have had the most amazing experiences in Mexico, Italy, Eastern Europe and Toronto/Niagara region. I can’t wait to plan our 2014 trip (we’re thinking Iceland!!).

Here are some fun pictures that we’ve taken along the way! Enjoy!

Niagara Falls! …about to get soaked! Sisters Trip 2013

Just finished snorkeling in a cenote in Mexico! Sisters Trip 2010

On the way to Ellis Island and the Statue of Liberty! Sisters Trip 2009 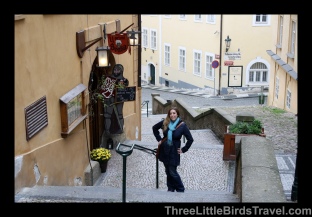 About to drink some pivo in a medieval pub in Prague – Czech Republic. Sisters Trip 2012

Lauren at a library in Vienna, Austria. Sisters Trip 2012

Me riding in the funicular – Budapest, Hungary! Sisters Trip 2012

Three Little Birds Travel is all about inspiring you to wake up and explore this amazing world...like a local of course! Through smart traveling tips, custom guides and stories of my own personal adventures (some with my big sis), you'll be compelled to start a journey of your own, with confidence!

Want more ways to get involved? Join my Pinterest or Twitter pages. Need a quick shot of really smart travel advice? Check out my 14 Travel Tips for 2014 Blog post. 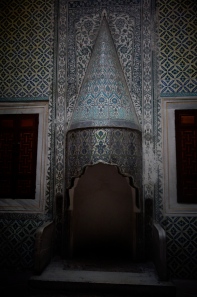 Cooking with a Wallflower
The World Traveler's Blog

Let's figure this travel thing out together

The ultimate guide for independent travellers seeking inspiration, advice and adventures beyond their wildest dreams

Filling my passport with family, travel and bliss

Adventurous living on a budget

Lipgloss and a Backpack
Storytime with John

Your Trainer Will Rider

"We are to Dedicated to a BETTER YOU"

Follow me while I eat, drink and travel my way through life.